Lax Is Not the New Lazy

I’ve been getting out a lot to exercise. Mostly, for its stress relieving effects on everything else that’s going on – wedding planning, imminent earth shattering work deadlines, wedding planning, doctor’s appointments and wedding planning. If someone had ever told me two years ago that I would resort to physical activity to reduce stress, I would have laughed out loud and fallen off my comfy chair.

So this is how it’s been:

I am a Runner: I hadn’t thought of myself as a runner, like, ever. After all, I had only run in spurts of run/walks in the past. Yet, one recent trip to the trail I ran into (literally, of course) a large family exploring the woods. As I was approaching, the male parental unit yelled: “Runner! Step aside everybody!” I looked around and said: “Runner, where? Oh me! Well, gee, thanks for that…” and as I ran past them, the mom called out: “You ARE a runner, you’re running aren’t you?”. And you know what? Hells yeah, I AM a runner. 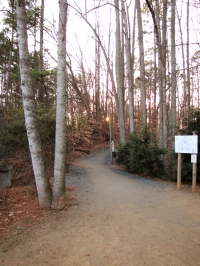 Fords Creek Trail: RV and I recently tried a new trail that a colleague had raved about. Initially, it seemed nice enough with gentle downhill slopes, beautifully wooded areas and the constant glimmer of the Chattahoochee River through the trees.

But man did it have tons of rocks and tree roots along the trail, and man did I make a face plant while confidently running down the steepest hill. I must have slid 2 yards with my arm outstretched above my head like a horizontal Statue of Liberty, only not so pretty. I just laid there for a good 3 minutes, terrified that I had broken my left arm from the pain that was shooting to my shoulder. Eventually, I decided that it wasn’t broken because I could actually move without screaming like a girl – which I did in 2010 when I fell running (can you detect a trend here), fracturing my right arm and tearing my rotator cuff in the process.

Four weeks later, I still have daily pain in my left shoulder with limited strenghth and range of motion, combined with a fetching dark brown 3×6″ scrape down my leg (this will look lovely with my above the knee mother of the bride dress). It should be noted that the leg scarring is only enhanced by the scar down my arm which also got thoroughly scraped. Good times.

I Killed It on a Trail Run: although I visit my beloved Thompson Trail several times a week, I had never been able to run the whole 5K course. On Sept. 22, I ran 3.1 consecutive miles – like a bunny in the forest, down and up the hills, first time ever. I cried at the end for never in my wildest dreams did I imagine being able to do this. I love my trail.

2011 KP Corporate Run 5K: as previously posted, I ran it the whole way – on asphalt, mind you – in 38:38. Not earth shattering, I know, but I ran it the WHOLE way people – on asphalt -which I  had been afraid of since the Fall of 2010. First race I pull that off – thanks to a fair, breezy Atlanta evening and a huge turnout to keep the pace going.

Next: the Emory Winship Cancer Center 5K, the Zooma Women’s 5K at Chateau Élan in Nov. and, to close out the year, the Dunwoody Jingle Jog 5K in Dec. It’s been a good year for healthy living.

Back in the Saddle Again: took up horseback riding again and was incredibly moved by how much I had missed being around these beloved creatures. Despite the dirty work – scraping hooves, brushing and wiping down equine sweat – sitting on such a powerful creature again, adapting to its gait and becoming one through mutual trust and respect is one of the most amazing experiences. I will be back regularly, but not until after the wedding. I don’t think they make gold casts to match my dress in the event I should take a nasty spill (not farfetched in my current state of clumsiness). Just sayin’.

Don’t screw with me now.

I committed to you and got you down to a fighting weight by eating healthy and exercising regularly. For crying out loud, I’ve even got you running 3 mile trails on weekends!

Ever since my surgery in April, it’s been one thing after another, what with the excruciatingly slow healing, the wound infection, and recurring skin allergies and hives. What’s with this sudden joint pain in all my extremities and the sharp knife-like pain in my side every time I take a deep breath?

Give me a break already, you’re the strongest you’ve been in 28 years. Now act like it.

I’m Going to Miss the Silence 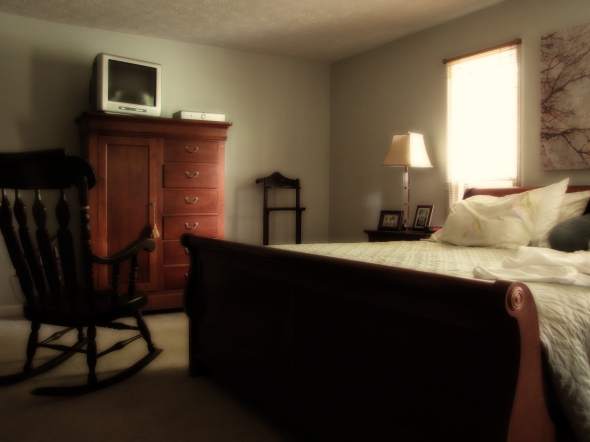 I’m going to miss the silence – the silence that surrounds and envelops me when I wake in the morning to an empty house. I will miss the peace and solitude I have become accustomed to during the nine weeks of healing and recovery since my April 29th surgery.

Waking to the cool dusky room filled me with peace to face another day of healing from a surgery that had developed complications. These morning hours, sitting in my room without worldly distractions drove me, dare I say it, to mediate and self-examine.

As I sip my coffee this morning in the quiet room, I know the world is at the door ready to overtake my calm and my peace. And as I rejoin the hectic and intrusive world, I will most definitely miss the silence.

It Takes 21 Days to Break A Habit

In September of 2009, I came across a blog post about breaking poor habits in which the author wrote that according to scientific studies, it takes 21 days to break a bad habit. She invited her readers to join her on a journey of self-improvement, and promised to post daily affirmations and quotes for encouragement.

When I read about the 21-day habit-breaking challenge, I suspected that this approach might also work to build a healthy habit. I wasn’t ready to change my eating habits, but thought that I might be able to start a habit, a healthy habit such as exercising. 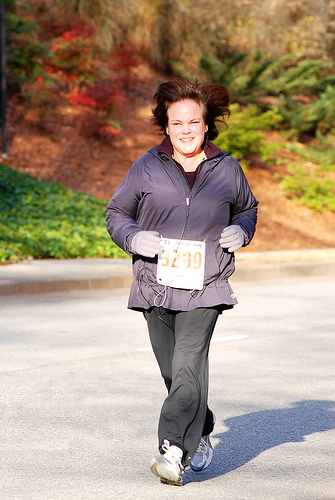 Earlier that spring, I was diagnosed with Type 2 diabetes and high cholesterol during my annual physical examination. At 5’ 2” and 236 lbs, my body wouldn’t be able to sustain my unhealthy lifestyle much longer, and my doctor made that very clear. Thirty years of excessive eating and lack of exercise had finally taken their toll; still, after the initial shock of the news wore off, I resumed my unhealthy lifestyle.

And so began my transformation journey as I made a commitment to get out and walk for 21 consecutive days – rain or shine. I started conservatively with a quarter mile the first week to 1 mile by the end of the challenge. Quitting wasn’t an option and I viewed it as my one chance to become healthy. When the 21 days were over, I decided to continue the journey and registered for a 5K in December 2009. Without fail, I walked every day from Sept. 9 – Dec. 17 that year, and felt more powerful than I had in decades. By the end of the year I had graduated to daily walk/runs of 3 miles.

At that point, I had only eliminated the breads I ate with every meal and the nightly pint of ice cream, yet since I had never been a yo-yo dieter, my metabolism was strong and the pounds started melting off.  Twenty-five pounds lighter by Christmas, I decided to reassess my overall eating habits.

With the help of the registered dietitian at my work’s gym, I started an 1800 calorie balanced eating plan which resulted in additional weightloss. When I hit a plateau in the spring, we further reduced my intake to 1650 calories per day. She  taught me how to eat without deprivation and with one day per week when I could indulge.

Today, all my weight-related medical issues are under control, my BMI is a healthy 24.1 and I have exceeded my goal of losing 100 lbs. (in fact, I have lost 104!). I try to exercise at least 3-4 times per week and have a new passion: trail-running. By the grace of God and a chance encounter with a 21-day blog challenge, I have regained control of my life and am confident that I will never become the unhealthy person I was just 18 months ago.

I am strong, witty and growing. I am a proud wife and a mom to three grown people and a work-in-progress Christian. I'm a Communications Specialist, an amateur photographer, scrapbooker, quasi quilter and passionate cook, who strives to be kind and to live life to the fullest. I want to figure out my creative life's journey.

It’s in the past